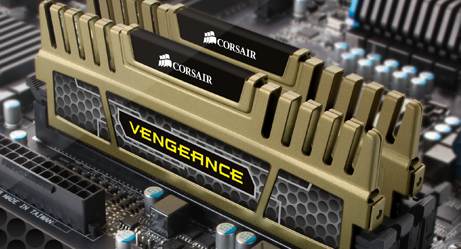 SECTION 1 :
When it comes to RAM OCing we mainly concerned with :

Here Onwards, Whenever I Refer ‘Base Memory Clock’ or ‘I/O Bus Clock’ Or ‘DRAM Frequency’ ALL MEAN THE SAME.

For e.g. RAM running at DRAM Frequency (Base Memory Clock) of 400 Mhz has an effective (data rate) Frequency of 800 Mhz i.e. effective signalling rate of 800 MT/s [MegaTransfers per Second].

Before going further into details I’d like you to have a look on the screen shot that I have taken on my PC for explanation so that you can understand better; that’s what I hope! 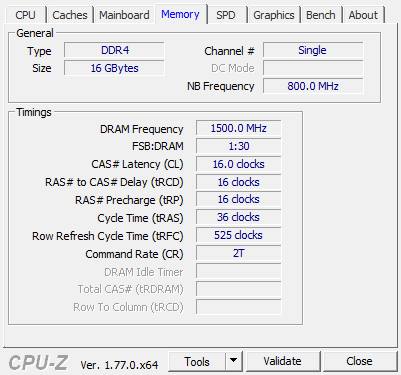 When it comes to Overclocking RAM we are just concerned with 4(out of many) primary timings as seen in screenshot 2. The chips used on the DDR ram modules have different types of timings(Primary & Secondary) which give us a sense of the speed of ram along with its stability and rated frequency of-course. When it comes to overclocking loosening(increasing) the timings is very effective for increasing the RAM frequency making the modules stable at high frequencies and on the contrary reducing the RAM frequency the timings can be tightened (lowered). But ironically lowering the timings decreases access time but at the cost of the bandwidth.

Now lets get a feel of some of the Signals(strobes) for RAM:

These timings are specified are in the following order : tCL-tRCD-tRP-tRAS and as you have guessed ‘t’ stands for time.

The 4 important timings with respect to RAM Overclocking are :

In case of legacy systems where the memory controller was present on the northbridge, while talking about FSB : DRAM ratio we are concerned with the base FSB frequency and the DRAM frequency (base clock rate).This ratio tells us “who is running faster than whom” and when DRAM frequency is more than base FSB or both are the same then we won’t have any issues with system performance. Depending on both the frequencies, FSB : DRAM ratio can yield any one of the 2 operating modes which are Synchronous and Asynchronous.

On Current systems be it Intel or AMD where the Memory controller is integrated completely inside the CPU die, the significance of FSB:DRAM ratio has changed. What we used to call FSB is now QPI(Quick path interconnect) on Intel systems and for AMD systems we call it HyperTransport(HT). Now its just a ratio of Base Clock (BCLK) to Memory Clock.

AMD was the first one to move Memory Controller inside the CPU using Hyper Transport(HT). Years later Intel followed when finally Memory Controller was integrated with CPU, with the release of their Nehalem architecture.

This is the last thing you wanna mess with , after it being configured according to the EPP or XMP profile. Generally voltage increase must be limited to 8% to 10% of the max supported voltage according to EPP or XMP Profile and you must make sure that the chips on the RAM modues supports this level of voltage increment else you will end up damaging it. For DDR2 for Mobos which support Core2 architecture 2.1/2.2/2.3 V is safest maximum but this doesn’t mean all RAMs have this as their max safe limit. The safest max voltage depends on the chips used by the manufacturer. For DDR2 generally the default is 1.8V while for DDR3 its 1.5V . It again majorly depends on the chips used for the modules. But i’d say never-ever do this until you have enough experience and know about various chips. Instead set the RAM’s voltage according to EPP/XMP profile if not set.

SPD is the acronym for Serial Presence Detect. SPD chips are now commonly found on the SDRAM DIMM Modules. Its job is to store the RAM settings for different frequency and voltages. SPD makes it easier for bios to configure RAM for the system. Apart from the JEDEC standard profiles SPD also contains EPP or XMP profiles. EPP is Enhanced Performance Profile which can be read by some Nvidia and AMD chipsets and configures the RAM according to it. If not supported then BIOS just loads the default configuration. EPP is present on RAM modules which are marketed as “SLI ready” or “Crossfire ready” which is just a marketing thing then any thing else. If the Motherboard cannot read EPP it does not mean that the RAM cannot be configured as per the EPP. In this case we just have to configure it manually. XMP is Intel’s substitute for EPP which is short for eXtreme Memory Profile.

The use of EPP/XMP is just to get the RAM configured for max performance at its rate specifications which are often beyond the standard Jedec specs for Overclocking grade RAMs. When you first install High-speed memory sticks, they will run at ‘default’ Jedec speeds. To configure your RAM sticks at the rated speed you will have enter BIOS and apply the XMP profile. This setting is usually present under the Overclocking/Tweaking section of your BIOS. Many RAM sticks have multiple XMP profiles; so just choose the best one available, which will provide a baseline setting for overclocking. Screenshot-1 shows SPD profiles of my RAM.

Here is my BIOS screenshot showing XMP profiles available to select from:

After getting equipped with the knowledge presented above its time to do some RAM Overclocking which is straight forward.

The following Steps Integrate both these Cycles:

Pre-requisite : If applicable, First apply the XMP/EPP profile for your RAM from BIOS.

RAM stability test and other Utilities:

Disclaimer : Though Overclocking is considerably safe these days … but fiddling around with Voltages.. be it CPU , Mobo or RAM is still a bit dangerous and can induce fatal damage in your hardware or even worse can render it useless. I will not take any responsibility if you damage your system after overclocking. PLAY SAFE Do not Bother Voltage increments!