Gigabyte has added a new “BLACK Edition” to its lineup, although its still unclear what all is going to be added to it. 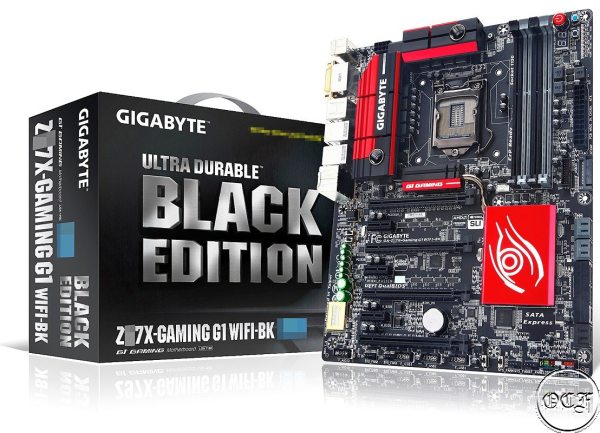 First glance at the board tells us we will have an integrated VRM heatsink with options for water and air cooling.
The board also have Voltage check points along with SATA power connector for PCIe power.Coming to the storage side we see SATA ports with SATA Express ports, and the audio subsytem uses  GIGABYTE’s OP-AMP, AMP-UP and gain switches along with a creative codec.

For overclocking Gigabyte has the SOC Force: 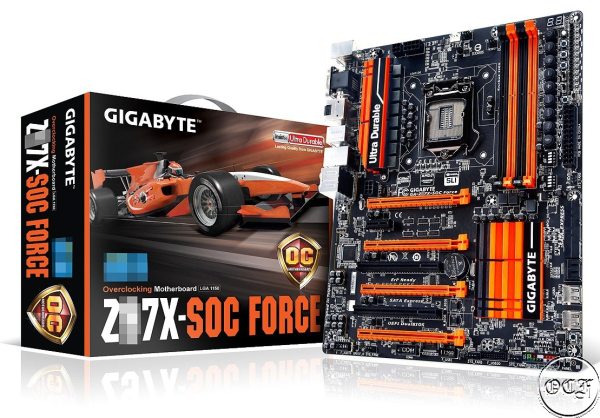 The overclocking button and switces are at top, along with the sata ports and USB ports.There is a distinct lack of PLX chip this time, giving the four PCIe layout a x8/x4/x4 + x4  specs like its predecessor.
Apart form that we see a 6 pin power port for the pcie slots.

Now for the mainstream: UD5H-BK 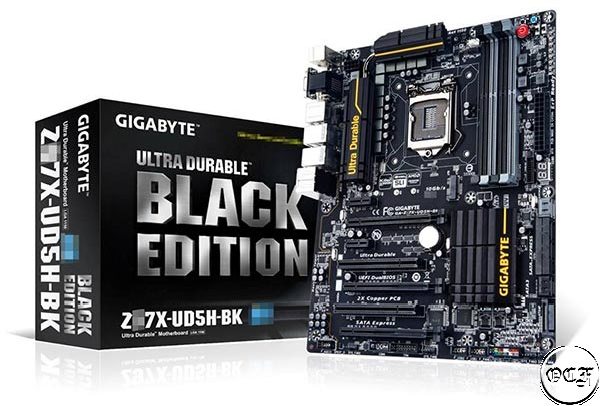 The black edition lives up to his name with abundance of black in the whole board.
We see a mix of sata express and sata ports with an M.2 socket again with a lack of PLX chip.

Now for its big brother : the UD7 TH 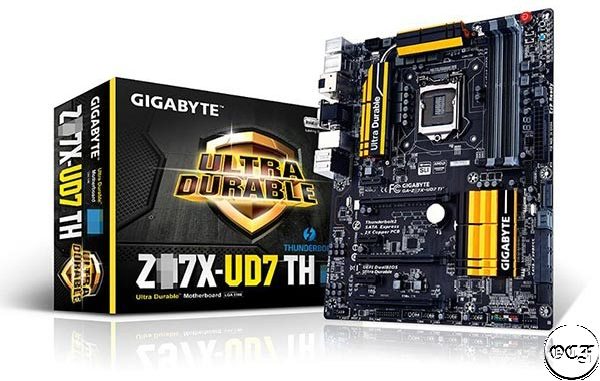 The UD7 seems a bit low-key this time;pointing to the fact that we might see a UD9 this time.
Apart form that there is a possibility of Thunderbolt 2 port in the rear I/O panel and a lack of PLX chip..again.