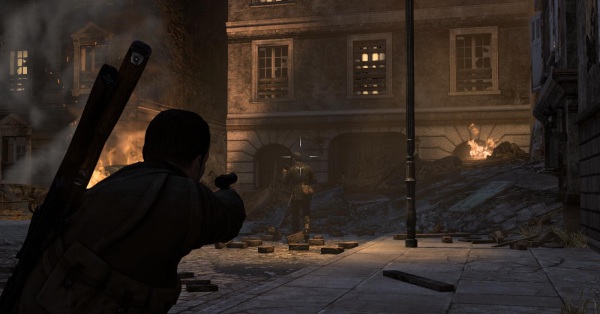 Sniper Elite is a stealth game at heart, but you have the option of going into every mission guns blazing Rambo style. You’ll be compelled to go to the silent rout though, shooting a bullet through the manhood of an unsuspecting Nazi never gets old. When you are spotted, you’ll see a silhouette of yourself, similar to Splinter Cell Conviction. The shooting mechanics work great for sniping, if you’re a hardcore player, you’ll want to play on the hardest mode. The submachine guns and pistol feel a little wonky in tight quarters but never hinders the game. Shooting down high ranking officials in the Nazi organization always feel satisfying, and never gets repetitive. 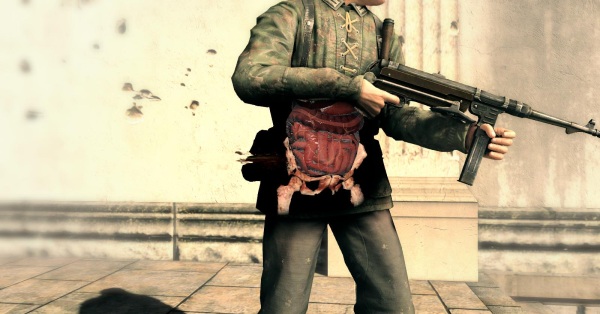 The game delights in coldly calculating tricks. Catch a soldier off guard and you can snap his neck, booby trap his body with landmines, and wait for a concerned squadmate to run over to him. Or you could surprise patrolling guards by laying trip mines in doorways and corridors. Chuck a rock at the other end and they’ll investigate the noise, their curiosity rewarded with explosions. 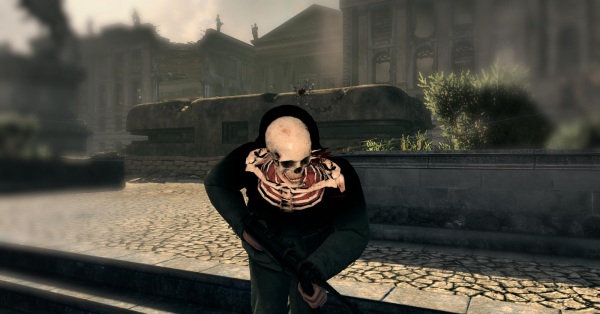 There’s no consistency to the levels; the distance between each checkpoint feels like a standalone vignette in a series of unconnected sequences. The best are large open courtyards where distant falling bombs mask the sound of your rifle fire, allowing you to move and shoot unseen and unheard. The worst involve tight corridors, or narrow paths through winding streets, where the uncanny vision of enemy soldiers allows them to discover you before you’re ready. In these moments the game devolves into a pop-up shooting gallery, punctuated only by the kill-cam animations every other shot. 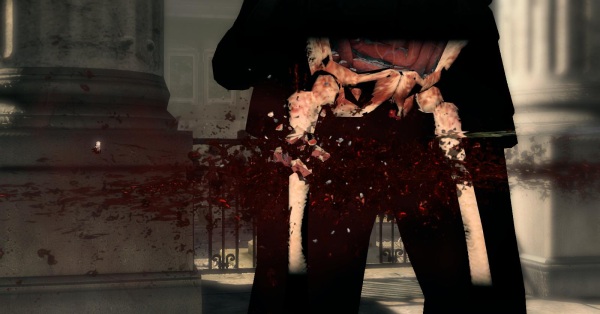 A successful killing shot triggers the camera to follow your bullet on its slo-mo journey from gun to soft vulnerable body, showing the resultant splintering bones and collapsing organs in X-ray squeam-o-vision. Fortunately the sniping itself is a satisfying challenge. Adjusting for bullet-drop and wind strength becomes second nature, to the point that a missed shot feels like the consequence of your own stress in tight spots. Even in the weakest moments, shooting enemies from range is enjoyable enough to carry it. That the game so often falls back on this, however, shows some serious structural flaws with the level design. Ultimately Sniper Elite V2’s linearity gets in the way of the danger and tension that its campaign attempts to evoke. 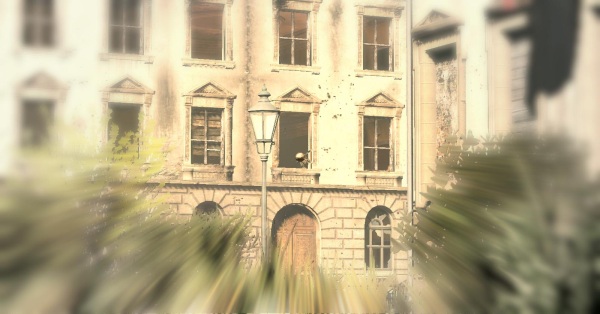 There are some bugs in the game, with the A.I. especially. You’ll see some idiotic movements on their part, but when you see them picking up their fallen buddies and hauling them away to a safe place, well that just brings a smile to my face.