Here we again assume the role of Karl Fairburne. Sniper Elite V2 is not so much a sequel as it is a remake. You still play as Karl and you’re still stuck deep in war torn Germany but this time you’re racing to stop the launch of German V2 rockets, each loaded with a new chemical weapon that could alter the outcome of the war. It’s not a very creative stretch from the original story but fortunately the plot quickly takes the back seat and stays there. 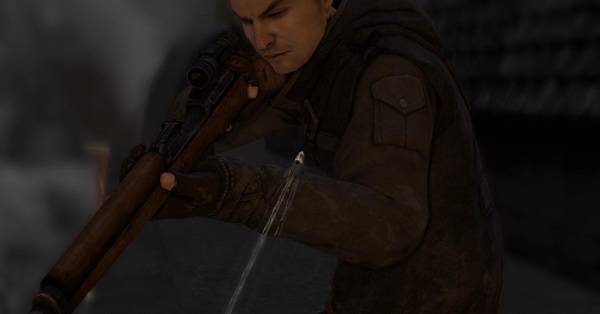 Starting out in Berlin, the story quickly takes twists and turns to keep the player engaged at all times. The locations vary, meaning that most of the time the progression feels natural, though there are rarely examples where the narrative is fully fleshed out, most of the time the next level you’ll be in will be the place the previous level suggested you’d end up. Functional with some twists, the gameplay is the star but the story is most certainly engaging.

You’re given a moody monologue as a briefing before each mission and other than that there are only a few in games cut scenes that string the plot along. But I have to say in this case I didn’t really mind. I don’t know about you but I feel like I’ve played out almost every WW2 scenario possible in one game or another so I was happy just floating along this wafer thin storyline.